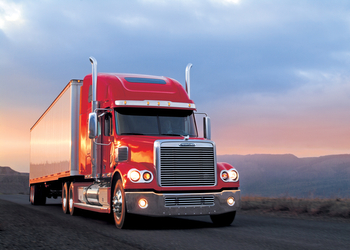 The National Highway Traffic Safety Administration (NHTSA) recently announced that 2017 highway fatality numbers dropped 1.8% following two consecutive years of large increases. That is good news, but the bad news is that even though preliminary estimates for the first six months of 2018 appear to show that this downward trend is continuing, fatal crashes involving heavy-duty trucks were up 9% in 2017 compared with 2016.

The upward trend in negative safety statistics for truckers is troubling, but perhaps understandable considering the rising commercial tide increasing demand for logistics and shipping services in general and the reliance on truckers stoking the consumer goods economy with more last mile deliveries than ever. The double-digit growth in fatalities involving straight trucks is telling and offers a glimpse of the jeopardizes driving commercially can bring to on-the-road professionals.

The upward trend in negative safety statistics for truckers is troubling, but perhaps understandable considering the rising commercial tide increasing demand for logistics and shipping services in general and the reliance on truckers stoking the consumer goods economy with more last mile deliveries than ever. The double-digit growth in fatalities involving straight trucks is telling and offers a glimpse of the jeopardizes driving commercially can bring to on-the-road professionals.

In a recent speech, Dave Manning, the 73rd and outgoing chairman of the American Trucking Associations (ATA) outlined ATA’s top seven legislative and regulatory priorities as the association transitions from 2018 and heads into 2019. Much of it speaks directly to truck and trucker safety.

Manning, who is president of Nashville-based TCW Inc., a diversified transportation provider, was keynote speaker at dinner held to celebrate the 25th anniversary of a company that makes automatic tire inflation and tire pressure monitoring systems.

In the report in Truckinginfo.com, Manning outlined the ATA’s agenda for the coming year. First is petitioning the Secretary of Transportation to make a determination that California’s meal and rest break rules are preempted by federal law. Manning says that allowing breaks beyond what federal rules allow is a safety issue because truck parking is so hard to find that “trucks end up parked in unsafe locations.”

The next big issue for ATA says Manning is “making sure the Trump administration knows that trucking and trade are synonymous,” noting “You mess with trade and you mess with trucking. We’re working to make sure the administration understands that.” Looking at that through a safety lens, if the over-the-road safety of driving professionals (and civilians they share the road with) aren’t addressed, there will be consequences.

Turning to the ever-advancing arena of autonomous driving technology, Manning explains “our message is that it’s about driver assist, not driverless technology.” Comparing it to airline pilots, Manning said “we need trained drivers. Steering a wheel is just a small part of a driver’s job.” The ATA he said, is concerned that “legislation in Congress [for autonomous vehicles] so far does not address commercial vehicles.”

After dragging out depressing statistics of the driver shortage and the aging of the driving team in general, Manning talked about efforts to change federal law and allow 18- to 20-year-olds to drive trucks serving interstate commerce. “Forty-eight states allow 18-year-olds to drive intrastate, but the federal government doesn’t allow them to cross state lines,” Manning explained, despite “safety technology enables us to do this in a safe way.”

Manning said the DRIVE-Safe Act requires specific training for an 18-year-old CDL driver including qualifications for the trainer and recommendations for truck safety technology noting that “lane departure warning systems etc. can help an 18-year-old” be safe behind the wheel of a truck.

Well how about that? According to new research from the AAA Foundation for Traffic Safety, equipping large trucks with advanced safety technologies has the potential to prevent up to 63,000 truck related crashes each year.

In 2015, says AAA, large trucks were involved in more than 400,000 crashes that resulted in more than 4,000 deaths and 116,000 injuries — a 4% increase from 2014. What to do? AAA recommends that all large trucks, both existing and new, get equipped with cost effective technologies that improve safety for everyone on the road.

“There’s no question that truck safety technology saves lives,” said Dr. David Yang, executive director of the AAA Foundation for Traffic Safety. “This new research shows that the benefits of adding many of these technologies to trucks clearly outweigh the cost.”

The AAA stud also revealed the societal safety benefits (i.e., economic value of lives saved, injuries prevented, etc.) of equipping all new and existing large trucks with lane departure warning and video-based onboard safety monitoring systems far outweigh the costs. According to AAA statistics, lane departure warning systems have the potential to prevent up to 6,372 crashes, 1,342 injuries and 115 deaths each year.

The folks at AAA say about one in four (26 %) U.S. adults say adding safety technology to large trucks would help them feel better about sharing the road. “It’s understandable that many motorists are fearful and feel vulnerable when traveling near large trucks,” said Jake Nelson, AAA director of Traffic Safety Advocacy and Research. “Adding these safety technologies to the trucking fleet is not only cost effective, but doing so helps to alleviate driver concerns and prevents crashes. In the long run, it’s a win-win for industry and drivers nationwide.”

So a good majority are nervous? Like all on the road, professional truck drivers and motoring civilians have a shared responsibility to safely share the road. But the driving habits of civilians and the behaviors they display while behind the wheel might make one think that most people are completely oblivious to the extra danger trucks might represent to them.

Here’s what AAA recommend to the folks out there:

That about covers it, but until all drivers “Get It” professional drivers are going to have to do most of the heavy lifting to move the safety stats needle in a better direction.