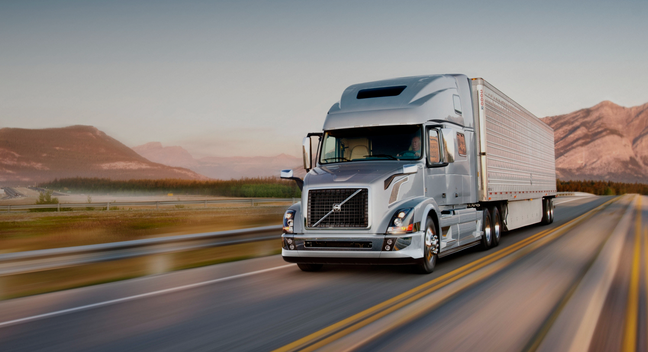 Dancing for peace and driving for defense, trucking headed, heads-up into 2021

With great power comes great responsibility. This is at least is true when you are navigating 40 tons of truck, trailer and freight at somewhere between 65 to 75 miles per hour on the Ohio Turnpike, eastbound and down through yet another lake-bred witches brew of snow, ice and bad winter drivers.

Year of our Lord 2020 is not quite in the rear-view mirror yet. Sure we got past it, but like some moron in your blind spot there’s plenty of potential to be rear-ended – and not know it’s coming. Participating in a political season unprecedented in U.S. history, trucking’s political voice and role in the country’s economy has been clearing and getting louder. Or softer as the case may be, as political tides were turning in Ohio January 17.

According to coverage by local NBC affiliate WCMH outside the statehouse wearing a t-shirt with “Dancing for Peace” on one side and “The Dancing Trucker” on the other. According to the report it was John Drury, who they described as “a trucker who loves to dance.” They caught up to him as he “vibed in front of the cenotaph” whatever that means, in fluorescent orange and yellow shoes, pink socks and shorts, jamming to the music playing in his headphones.

Drury is a trucker from Cincinnati, so Columbus was a short drive for him. “I just wanted to do my part,” he said. “I know there are hundreds of people up there, kind of standing for the same thing, and it’s just me, you know, kind of doing the opposite, wanting peace.” He told reporters he’s lost a lot of weight doing Zumba, and now dances for exercise.

Drama ahead, trouble behind

People love drama, Drury noted and if the political winds blowing into town now are any indication, there’s plenty of drama ahead as legislative agendas set aside during one administration may becoming out from that blind spot behind the trailer sooner rather than later.

Commercial Carrier Journal published the first of a two-part series taking a look at what’s ahead for trucking and motor carriers in 2021. Detailing what regulations fleets can expect to see action on in the coming year, CCJ executive editor James Jaillet, notes that with a new administration, new leadership at the U.S. DOT, and Democratic control of both chambers of Congress, the environment in Washington will likely be more regulation-friendly than in the Trump era. Perhaps the understatement of the year.

Expected in the early months of 2021 is a ruling by the U.S. 9th Circuit Court of Appeals in the California Trucking Association’s (CTA) case against California’s A.B. 5 law, which according to CCJ, was largely interpreted as blocking motor carriers from contracting loads to owner-operators or small fleets. Jaillet explains that It spurred many carriers to stop working with owner-operators all together, “including leased owner-operators who own their own truck but run under the authority of another carrier.”

Offering the potential to limit the ability to find affordable truck insurance rates, the expectation that regulators will examine– and potentially raising by millions of dollars – the minimum amount of liability insurance required of motor carriers might be in the offing according to CCJ, as part of a trio of regulations tabled in the early months of the Trump presidency that are likely to see new life this year. “[With] democrats taking control of both chambers of Congress, the issue of raising the $750,000 minimum for carriers’ liability coverage could be revived.”

Jaillet notes both The American Trucking Associations and the Owner-Operator Independent Drivers Association are opposed that rulemaking. Lane Kidd, managing director of the Trucking Alliance, which represents some of the country’s largest for-hire motor carriers, said the rulemaking could be renewed either by the incoming Biden DOT or at the legislative level.

A new regulatory season ahead

Whatever your political proclivities might be, as the country staggers back to work trucking will be facing a new season of regulation, likely focused on:

Trucking and logistics industry website FreightWaves ran an item just before the inaugural that as the FBI was warning of potential armed protests at all 50 state capitols and in Washington, D.C., to help prepare truckers an online training provider launched a new program to help local and long-haul drivers navigate possible demonstrations and protests.

“Fleets have a responsibility to make sure that their drivers know what to do in a situation that is extremely high stress and potentially dangerous without any sort of guidance or priorities,” Instructional Technologies, Inc. (ITI) told FreightWaves.

ITI worked with experts, fleets and clients with law enforcement training to develop its online course for truck drivers. According to ITI drivers and managers should listen to local news reports and monitor social media to look for alternate routes if a protest arises:

It’s important for drivers, noted ITI, that they understand that everybody’s safety is the most important thing. The intent of the online course says ITI, is to help drivers make smart, rational, sane decisions in a world that is sometimes irrational, and we couldn’t agree more.

Whether you are dancing in a protest like Drury or to avoid one, stay peaceful and keep your head up for what’s to come.