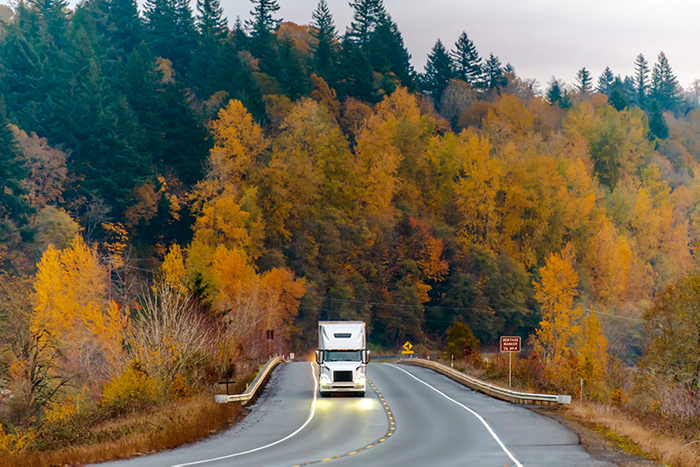 In the wake of pandemic, it looks like the FMCSA’s new Hours of Service (HoS) rules are just about to kick in for most of the nation’s 3.5 million drivers. Not surprisingly, some folks are still not satisfied that the mandates will do nothing except make driving a truck commercially less safe.

Entering the pandemic curve too fast, the load, er, HoS rules began shifting. To avoid a roll-over, the FMCSA announced that it was temporarily lifting HoS regulations for operators transporting emergency and relief supplies in response to the panic.

Many pointed out this wasn’t the first time HoS rules were lifted in response to natural disasters and other emergencies, but it is the first time in history that HoS regulations were suspended on a national scale.

FMCSA explained the move was intended to provide relief to areas experiencing shortages due to the pandemic. For most of the summer truck drivers were no longer directed to stop driving after 11 consecutive hours during a 14-hour day. In other words, if they were hauling something essential, they could keep on truckin’.

Just as new HoS regulations were about to go into effect the end of September, a coalition of three safety group including the International Brotherhood of Teamsters, were asking a federal court to overturn the new regulations.

According to TheTrucker.com, the Public Citizen Litigation Group, which represents Advocates for Highway and Auto Safety, Citizens for Reliable and Safe Highways (CRASH), Parents Against Tired Truckers (PATT) and the Teamsters filed a petition with the U.S. Court of Appeals for the District of Columbia Circuit on September 16.

The petition, the report said, seeks to invalidate the new HOS rules but it doesn’t pack much punch. The petition alone, explained TheTrucker.com, does nothing to prevent the new rules from going into effect.

Commenting, Adina Rosenbaum, a lawyer with the Public Citizen Litigation Group noted “The FMCSA is supposed to protect truck drivers and the public from unsafe driving conditions, but this rule does the opposite and puts the health and safety of these workers at risk.”

Seventy-seven is not safer, safer

Under HOS rules, can potentially stay on the road for as many as 77 hours in seven days, which according to TheTrucker.com, is nearly double the average American’s 40-hour workweek.

Published in the Federal Register June 1, 2020, regulators made the following changes to current HoS regulations:

A litany of criticisms

Coalition comments to TheTrucker.com were filled with a litany of criticisms. General president of the Teamsters James P. Hoffa found the “FMCSA has bowed to special trucking industry interests at the expense of highway safety, seeking longer workdays for drivers who are already being pushed to the limit.

president of Advocates for Highway and Auto Safety, Cathy Chase, describes trucking as “one of the most dangerous” jobs in the U.S.: “Taking away a 30-minute break to get a cup of coffee or stretch one’s legs makes no sense. If I fall asleep on the job, my head hits the keyboard. If a truck driver falls asleep, his/her head hits the windshield.”

Not everyone is against them

In a recent press release on HoS rules, The Truckload Carriers Association (TCA) applauded the Agency for taking an active role in taking input and crafting what it said where: “Flexible regulations for the industry while still improving safety, and for also expediting this rule change to provide the maximum benefit.”

TCA said it was very pleased to see sleeper berth flexibility had been increased to allow for 7/3 splits and that the previously required 30-minute rest break will now only be required after eight consecutive hours of driving.

They also liked how it allows more options for how a break can be taken. TCA also supported that revisions to the short-haul exemption and the adverse weather conditions rule are now present in the Final Rule.

TCA President John Lyboldt explained “The new hours-of-service changes show that FMCSA is listening to industry and fulfilling its duty to establish data-driven regulations that truly work.” Lyboldt said he especially wanted to thank the Agency for moving forward with additional sleeper berth flexibility. “While TCA and our members advocate for full flexibility in the sleeper berth for our drivers, FMCSA’s new regulations demonstrate that we are one step closer to achieving that goal.”

The truth is out there

As drivers begin to work under the HoS regulations, it’s their experiences on and off the road that will reveal whether these HoS rules will actually make everyone on the road including truckers safer. The truth is out there, but its not going to be black or white, more like the color of the pavement they drive on – varying shades of gray. Regardless stay safe out there and God Bless America’s Truckers.