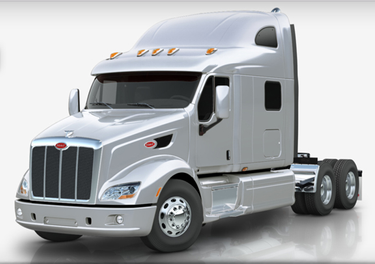 Looking for Relief to ELD-Induced Indigestion

Two months since the inception of the ELD mandate and already legislators are looking to change settled law. Ah well, nothing new in the land of (to paraphrase the house minority leader) “you’ve got to pass it before you can know what’s in it” lawmaking – or something to that effect. Recent headlines focus on the relief being sought by congress people for two groups within trucking suffering some indigestion from ELD implementation: livestock haulers and owner-operators.

It’s Been Churning for a Long Time

It’s not like proponents and opponents of current law didn’t have enough time to sort it out before now. An analyst for GPSTrackit offers its web viewers a quick trip down memory lane citing that by the mid-1980s, motor carriers had begun implementing relatively functional ELDs (AOBRDS) to record HoS for drivers. However this was early in the devices technical development and downloading data was challenging because of telemetry issues transmitting data among others.

Then came the Insurance Institute for Highway Safety (IIHS) which lobbied the Department of Transportation for a mandate that would require motor carriers to use ELDs. This was in 1986 and marks the first political action pushing for electronic monitoring of drivers.

Shot down in court in 2000, it wasn’t until 2012 that congress was able to pass MAP-21 (Moving Ahead for Progress in the 21st Century), requiring the FMCSA develop a rule that would mandate ELDs. By December 2015, the final ELD mandate was published.

For now, the industry is locked into what the FMCSA calls the Phased-In Compliance Phase – which will conclude December 16, 2019. Carriers, say the FMCSA, must use either compliant ELDs or AOBRDs that were installed prior to December 18, 2017.

Now that ELDs are essentially fully functional, data regarding HoS and its effects on the operational aspects of freight hauling by truck, as well as the consequences of the law in practice regarding drivers is becoming available for analysis, and like their stomachs, some groups and their friends don’t seem to think the law is all that settled at all.

Heavy Duty Trucking’s Steve Martinez covered the breaking legislative news May 29. According to HDT’s report, congressmen from Montana and Minnesota proposed exemptions from the ELD mandate for small carriers and agricultural haulers.

The bills proposed by Montana Republican Greg Gianforte and Minnesota Democrat Collin Peterson target the heartburn of ELDs which essentially, they say, threatens Ag and small carries because they add an unnecessary layer of red tape.

Not surprisingly, the proposed legislation received support from groups representing small trucking companies including the Owner Operator Independent Drivers Association and the Small Business Transportation Coalition. “The ELD mandate currently in place continues to frustrate drivers and small businesses,” said Collin Long, OOIDA director of government affairs in a statement. “Our economy cannot afford to lose more of either. Technology that is truly beneficial doesn’t have to be mandated – it is eagerly embraced!”

As of mid-may freight industry research and industry information source FreightWaves identified another pain point. As the trucking industry continues to broadly install and learn to use the ELDs FreightWaves’ chief market strategist Donald Broughton says there are beginning to be large disparities in the way the devices are impacting capacity via mode. “Carrier size is a challenge to ELD adoption,” with smaller carriers struggling more than larger carriers, he notes, “but equipment type is proving to be a larger challenge than carrier size.”

Truckers pulling dry van trailers are being challenged to re-optimize asset utilization, but, according to Broughton, are proving to be the most successful of all the truckload modes. “Reefers face larger challenges and are still struggling to adapt,” he explains. “Flatbed carriers are struggling and failing to adapt as solutions such as ‘drop and hook’ that are relatively easy for dry van and possible for reefer are difficult, if not impossible, for flatbed truckers.”

Not So Fast, Buddy

On the other side of the fence, critics of the proposed legislation are dismissive of the recent effort to “work around” the law. The Owner Operator Independent Drivers Association, for example, says it is fundamentally opposed to the ELD mandate. Heavy Duty Trucking says it has been one of the most active voices against electronic logs, attacking the rule from every conceivable angle. In November last year, notes HDT, the group filed a petition with the Federal Motor Carrier Safety Administration to grant a 5-year exemption from the rule for small carriers that have a good safety rating.

The Trucking Alliance is another group opposed to any changes to the law opining to HDT that the bill is unlikely to become law and sends a false message about the purpose of ELDs.

Although the data coming in is revealing some of the ELDs negative effects there is evidence to the contrary. It may seem counter-intuitive, but amidst the hubbub and clamor to change the law and provide exemptions, the data coming into FreightWaves SONAR (which aggregates ELD-provider data) reveals an interesting trend in the wake of the ELD mandate.

According to FreightWaves, industry compliance with the mandate was passing 90% by April and carriers had started adapting behavior to comply because of the transparency electronic logs provide. “SONAR,” said the group, “did not register a large bump in the tender rejection index—or ‘turndowns’—indicating that freight demand and trucking capacity were still relatively well-balanced.”

What’s notable is that FreightWaves saw no data to suggest ELDs are forcing some big drop in truck productivity. In fact the data suggests otherwise: “Today we reported that SONAR is actually showing an increase in our ‘HOS Daily Driving Utilization Index’ (SONAR code: HOS11).

Data from ELD vendors show how much of drivers’ 11 hours are dedicated to actually putting miles on the road. “Before the ELD soft mandate,” said FreightWaves, “drivers were getting 6.52 productive hours a day on average; but now they’re logging 6.8 hours a day, and pushing up toward 7 hours. We calculate that drivers managing their hours of service properly are recovering an additional $54 per day.”

The Good, With the Bad and the Ugly

Although a stricter clock and the elimination of the paperwork middleman the industry was hiding behind is giving the industry some heartburn, the data is proving the law’s effectiveness in some areas and real faults in others. But the industry is working steadily to comply effectively and so with the Bad and Ugly of compliance comes the Good (accurate, fair, unbiased) data and that will help settle everyone’s stomach eventually.