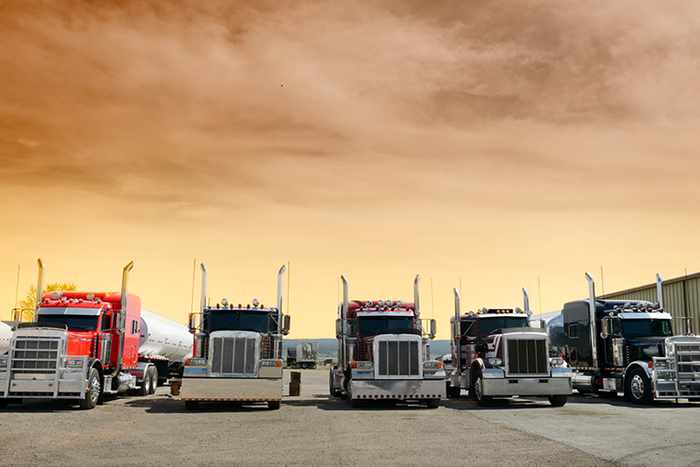 Looking to 2020: Outlook for trucking and the freight economy less gloomy

According to Vise, manufacturing surged starting in late 2016, the trend peaking in the summer of 2018. He also explained to attendees that retail sales were surging, and construction was strong.

Unfortunately, Vise explained carriers were slow to respond having not added the capacity needed to handle this demand. Citing uncertainties over the Trump administration’s policy on electronic logging devices (ELDs) Vise noted that probably played a role in holding back a more robust response. Vise and FTR surmise that ELDs significantly hit productivity, especially among small carriers.

FTR’s analysis: Even with more trucks and drivers and slower freight growth, overall capacity and demand are closely balanced.

For the industry, market conditions began to settle the last two quarters of 2018. Here Vise noted that carriers’ capacity additions hit just as industrial sector began slowing. Economic indicators, said Vise are not pointing to much near-term strength, and with a weaker industrial sector, plus uncertainty spurred by U.S. trade policy, FTR has revised its economic outlook downward.

FTR offered an array of stats to back up its opinion. For example, he cited, the ISM Manufacturing index is at its lowest level since June 2009. However, Vise noted, the Federal Reserve index is holding up, and durable goods orders are fairly steady.

Total construction spending is down year over year, said Vise, but the volume of activity is fairly strong. Housing starts are a promising signal and while permits remain volatile, Vise pointed out that starts are at their highest level in 12 years.

Other signs of life

Home sales are strengthening noted Vise and mortgage rates are the lowest they have been in 3 years. Consumer retail sales, always a harbinger of good economic news were at an all-time high in July.

Vise and FTR noted that year-over-year economic growth is solid, though not as high as last summer. “However, that was a period when gas prices were rising,” said Vise. Meanwhile, the inventory-to-sales ratio is stuck at near the highest level since before the 2017 hurricanes.

A higher ratio here he explained “generally means less velocity in replenishment.” Employment Payroll job growth is slowing things up a bit, but Vise finds job openings are still high and the unemployment rate is near a 50-year low.

Fuel cost trends are moderating and stable. Energy Crude prices are in the mid-$50/barrel range right about now. Diesel prices, said Vise, saw an uptick in mid-September but prices are relatively stable and about 25 cents lower than a year ago.

Capacity utilization is low, but it probably is close to bottoming out. § Truckload rates are stabilizing, but the big issue has been spot rates anyway.

Many carriers adopting electronic logs for the first time last year already use compliant devices, Vise said ELD standards allow fewer opportunities for fudging rules at the margin and therefore not as likely to be as disruptive as the initial implementation. But, explained Vise, the productivity impact could be noticeable.

If FMCSA analysis is correct, the annual impact on the driver supply should be at most 14,000. However, FTR explained, this assumes that carriers are disclosing positive tests and refusals to other carriers now. In any case, noted Vise, a bigger issue probably is marijuana legalization at the state level and growing use of hair testing.

The industry is now about to be confronted with the first regulatory training standards in the history of the federal CDL program. However the FMCSA plans to delay implementation of part of the rule. According to FTR and Vise, the law should not have a significant effect on driver availability.

Trucking economy 2020, cloudy with a chance of stability

Summing it up Vise said freight demand has slowed but for the most part the outlook is reasonably stable. For the near term, he said spot market dynamics imply a truck freight market in close balance.

The capacity crunch is history, he noted and carriers are pulling back on drivers and trucks. Truckload rates are also forecast to be down 6.7% in 2019 and another 0.7% in 2020 and another good sign. Although recent events in our ongoing and historic trade disputes with China seem to be moderating, FTR cited the trade war with China is the biggest economic risk in the near term.

Upcoming regulations, he noted, “probably won’t have too much effect on trucking, but the final ELD phase and drug and alcohol clearinghouse could surprise.” And finally, one last caveat: “Although the labor market remains very tight, slower job growth could be an early warning sign for retail, food, and the housing market.”