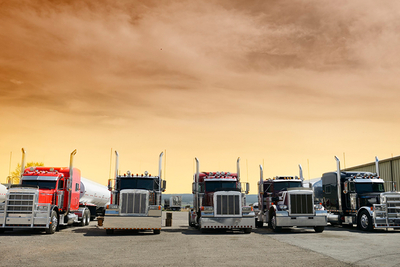 One of the things that effectively stopped the nuclear arms race between the United States and the Soviet Union was the real politic of Mutually Assured Destruction, appropriately, “MAD” in acronym.

This Cold War concept was pretty simple and unassailable, one that even the densest of ideologues on either side could fathom: You pull your trigger, we’ll pull ours and we’ll all go down in the flames of global Armageddon.

Similar politics seem to be at work in trucking and the Cold War between society and the industry is heating up; shots have been fired as they say.

The reason, according to trucking executives and transportation attorneys interviewed by Logistic Management’s, John D. Schulz, is the rise of so-called “nuclear” settlements either awarded by juries or negotiated by attorneys in a recent spate of wrongful-death lawsuits against trucking firms and their drivers.

According to Schulz, the common definition of a “nuclear settlement” is about $10 million. That might be the median but in reality, jury awards to plaintiffs in recent wrongful death suits involving truck- related fatalities has approached $20 million in some high-profile cases.

ATRI’s study pointed out that one of the principle reasons for increased commercial truck insurance premiums is the growing tendency towards litigation and the ever higher award pay-outs to cover damages and associated liability.

ATRI explains that truck-involved crashes are generating dramatic increases in both the number of civil litigation case filings as well as increases in jury awards and out-of-court settlements.

For many fleets, profitability in this climate has been a bridge too far. In 2019 many venerable companies left the battlefield for good. According to one trucking analyst quoted by the Roemer Report at the end of the year, of the 795 companies pulling the plug in the first three quarters of 2019, fleets averaged 30 trucks, with nearly 24,000 trucks being parked for good. Many blamed rising insurance rates as the final straw.

Even the best feeling the pinch

Chuck Hammel, president of the nation’s 17th-largest LTL carrier, Pitt Ohio, told Schulz: “The excess liability has gone through the roof. The reason for this is the nuclear settlements being awarded for accidents. The excess market got very expensive—if you can even find coverage.”

Hammel told Logistics Management that even though Pitt Ohio’s safety experience has been exceptional, their insurance premiums doubled. You might say, “Welcome to the party.” But when one considers that for the past 26 years Pitt Ohio has won the American Trucking Associations’ Presidents Trophy for safest fleet each year it was eligible, then times must really be tough.

That has Hammel speculating about how the industry will react. “I think other carriers will exit the market because of that. I also think some carriers will quit servicing or increase rates to certain states where nuclear settlements are more prevalent such as Texas and California.”

In light of the environment, carriers have increased coverage beyond the FMCSA-required minimum.

Noting the increased traffic associated with an expanding economy is likely most responsible for putting more people and trucks on the road, ATRI says that the costly environment offered by today’s Tort law system is “disconnected” from increasing traffic-related crash risk.

FMSCA data seems to back this up. The agency’s Large Truck Crash Causal Factors Study (LTCCS) from 2003 revealed fatal truck-related crashes hit their lowest point in 2009 when there were far fewer trucks on the road. That year the economy hit rock bottom, and growth-killing GDP of -2.5%.

Nine years later, FMSCA data reveal the number of fatal crashes involving at least one large truck rose to 4,415 in 2018, an increase of 52.6%. Thanks to some great policy changes in Washington, GDP was back to a healthy 2.9% that year.

Fleet Owner reports that to better understand the current forces working for and against truck drivers' chances of safely arriving at their destination, the FMCSA announced mid-January it was tendering a request for information concerning its Large Truck Crash Causal Factors Study (LTCCS), now posted on the Federal Register site. The agency says its intentions are to is “seek information on how best to balance sample representativeness, comprehensive data sources, ranges of crash types, and cost efficiency.”

Fleet Owner reports FMSCA is asking comments suggesting how the researchers should undertake the study must be received by March 16, 2020. The docket ID is FMCSA-2019-0277.

These and other factors continue to pressure insurance companies to increase premiums across the entire base of insured carriers, regardless of sector or fleet size, this also includes the growing cost and sophistication of repairing today’s fleet-ready commercial equipment.

Larger carriers on the other hand are better at maintaining insurance cost stability through high deductibles and/or self-insurance. ATRI data shows insurance premiums increasing fastest among small to medium fleets – fleets that generally are unable to increase financial risk to control and manage insurance premiums.

Les Willis, a small fleet operator with seven trucks, got just about right when he commented to Fleet owner on the subject in 2017: “About 52 people each year die from wasp and bee stings,” “The FMCSA projects 26 lives saved. To prevent those deaths, the trucking industry needs to spend $1.5 billion. Is this even fiscally responsible?”

The new study hopes to better answer that question, and wants the public, industry experts and academics to help answer.

Society is digging deep into trucking’s pockets, but the reality is they’ll never be deep enough to create “safer” roads. The concepts of safety and justice are subjective, but if the intent is to somehow shift all the risk and liability to commercial drivers and then drive them from the roads entirely, to keep us all safer what then?