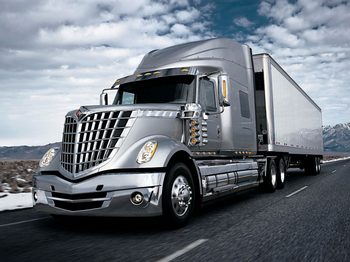 Of ELDs, Trucks and Men

At just a little over a month out from the April 1, 2018 start of the Electronic Logging Device (ELD) mandate and the sense out there on the trucking industry’s prairie seems to be that of an unsettled peace, as the various players turn inward to try and figure out how to satisfy the “man,” live the American dream and keep just a little more pay in their pockets in the face of ELD-era regulation.

To truck owners and fleet operators America’s roads are analogous to the fields of opportunity that John Steinbeck used as the setting for his characters in his iconic novella Of Mice and Men. The title is taken from Robert Burns' poem "To a Mouse", and offers this Shakespeare-worthy word of caution regarding the human condition: "The best laid schemes o' mice an' men / Gang aft agley." (For non-18th century Scotts: “The best laid schemes of mice and men / Often go awry.”)

To the federal government, ELDs are indeed a “best-laid” scheme. By design. What’s not to LOVE? Awesome application of trouble-free modern (relatively) cheap technology, no paper records, unambiguous HOS data and much, much more! You know, this and $350.00 are sure to help you “Buy the Farm” for your fleet or the truck you own and operate … eventually.

Let’s Not Get Loved to Death

Although who is Lennie, and who is George in this uniquely American commercial tableaux, the journey to find good-paying work and a farm (market) to work, ELDs and their unintended consequences could potentially suffocate or otherwise suppress trucking’s rising economic tides and expected growth and renaissance regarding the professional role and value of drivers in the overall economy. However, everyone knows that HOS and ELD enforcement is really the best thing for you.

What kind of “love” are we expecting? Well, according to Joe DeLorenzo, director of the Federal Motor Carrier Safety Administration's (FMCSA) Office of Compliance and Enforcement, commercial drivers not in compliance with the ELD mandate “could officially be placed out of service during a roadside inspection.”

Covered by American Trucker’s Cristina Commendatore, DeLorenzo opened with that sobering reality remarks at the Mid-America Trucking Show (MATS) at the end of March, where he outlined what truckers should be doing after April 1st, as well as his assessment of the regulation’s impact since the December 1 implementation date.

After April 1st, he provided a snapshot of what enforcement will look like:

Given that DeLorenzo’s remarks were given about 10 days before April 1st (and there might be a very few still getting their act together) there wasn’t much time for folks to take his advice but he offered some anyway:

Select a device. Those holding out until the very last second to convert to an ELD now have 330 different devices to choose from on the FMCSA’s self-registered site;

Think carefully about what you truly need. Use due diligence before selecting a device; and

Understand ELDs ultimate purpose. ELDs are for tracking Hours of Service (HOS), and those rules have remained unchanged.

DeLorenzo’s advice continued, noting that fleet operators and drivers need to know their device, be conversant with the user manual, which, along with either an paper or digital copy the must keep:

If the ELD goes down or malfunctions the rule, says DeLorenzo, allows drivers to use paper logs. “Technically,” notes DeLorenzo, “if you go over eight days, you’re supposed to ask for an extension.” For extensions, DeLorenzo explains, “it really depends on what is happening and why. Our number one concern is: Is the ELD collecting the hours of service correctly? If the device isn’t doing that, clearly we’re going to sympathetic towards giving you an extension.”

The biggest issue (or benefit) with ELDs, says DeLorenzo is that drivers and others cannot edit drive time as they could with paper logs. However, because devices have an annotation feature (like an electronic sticky note) edits and other comments can be noted. Traffic delays, said DeLorenzo, are likely to be the most common edit made.

DeLorenzo cautioned attendees that in the event of a traffic stop drivers have the responsibility to transfer HOS data to the officer at the time and that could get tricky if you don’t know ELD basics and protocols for the device.

“Work with the officer to figure it out,” DeLorenzo intoned, “The biggest concern I get here is that ‘I really don’t want to give the officer my tablet and have him walk away with it. Or it’s my personal phone or personal device.’”

DeLorenzo also covered some other housekeeping like Unassigned Miles--those pesky but counted miles incurred when the truck in question moves without the driver in it—like to a shop. “This happens to be one of the biggest headaches people are having right now,” DeLorenzo explained. “If somebody else is going to drive the truck, give them a maintenance log-in so those miles go somewhere.”

Lastly, remember to log out. DeLorenzo said this is the most common mistake drivers are making these days as they get used to standard operating procedures around ELDs.

While some regulators might think that truckers and trucking, though strong and hardworking, aren’t smart enough to understand what is good for them and need regulation because they could hurt somebody, the really don’t want to put trucking out of its misery.

Besides, the law’s just getting started and its true impact will only be seen with experience. Early reports show a steady uptake by the industry, but plenty of violations so far. But as Pharaoh says, it is the law of the land; fortunately the technology really is pretty much buttoned down and readily available at accessible prices.

However there were a number of “characters” in the play interacting with Lennie and George, including Curley, the play’s antagonist, pumped up with importance and entitlement because he’s the bosses’ son.

And here is where ELDs come in as hero: With hard data from ELDs, shippers who manipulate drivers, detaining them for hours and bullying them economically for minor schedule excursions, may soon remove one of the few legs they have left to stand on. With capacity limited, shippers have to compete now, and any with a bad reputation of cutting into HOS will have real trouble finding trucks and drivers because they’ll have the data to prove it.