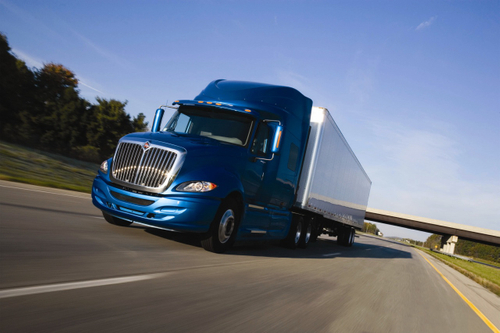 Of Parking and Profits: Ranking Drivers’ and Carriers’ Priorities

Want to thank your truck drivers for all their service during the holiday season? Find him or her a parking spot. Seriously.

Of all the issues, truck parking ranked second by drivers in the recent American Trucking Research Institute’s (ATRI’s) annual study of the Top 10 Driver and Carrier Issues, concerns about Hours of Service (HoS) mandates ranked, not surprisingly number one.

Carriers, on the other hand, ranked driver shortage number one, placing driver retention in the number-two slot.

ATRI announced the results of its annual survey the end of October at the 2018 American Trucking Associations’ Management Conference and Exhibition in Austin, Texas. Survey results were tabulated from more than 1,500 responses from motor carriers and commercial drivers.

No Place to Park this Problem

It’s become clearer as time goes by that the shortage of safe, sanctioned parking is the unintended consequence of HoS rules pushing more drivers off the road at the same time. According to Aaron Marsh at FleetOwner magazine, truck parking has been on ATRI's top 10 list for years, but notable because this year, drivers’ ranked the issue second while carriers ranked it ninth.

"Parking impacts the driver every single day," ATRI President Rebecca Brewster noted in the report. "There are things that are being done about truck parking, but we're still a long way to resolving that situation."

Of Profit, Sustaining Business and Safety

ATRI’s annual study is illuminating. Not so much revealing jarring conflict, but more on how fleet operators and the drivers they rely on view their professional priorities. Not surprisingly, carriers must see the bigger picture and their concerns are focused outward on things well beyond the windscreen.

Carriers’ big-picture concerns focus on sustaining business and reducing risk. Running down the ranking list reveal their concerns and issues bias toward operating safely and profitably. But most carriers, it’s easy to assume, are not running charities so it seems only natural they would identify and rank priorities differently.

Truck drivers have to navigate through one of the more challenging work environments to make a living so naturally they are concerned with those aspects of the profession that can limit their success and income, and more pointedly their personal health and safety.

Drivers concerns do look over the horizon to a certain degree, but again reveal their own self-interests; things that concern job security, compensation and adequate infrastructure to keep them safe on and off the road.

Although ATRI’s Bennet called out the parking issue and it’s ranking disparity, a review of the list reveals that although ranked differently, most issued are shared between drivers and carriers and that’s a positive.

Driver retention for example. Drivers see the retention issue from a self-interested view, because as data is suggesting, the issue is driving better pay and better working conditions. They ranked it fifth.

Carriers’ interests have a similar cast, but those surveyed ranked it as the number-two issue. Carriers can’t carry without drivers, and if they can’t attract and keep drivers they can’t generate profitable revenues or take advantage of robust freight rates and increased demand. Ain’t capitalism grand?

If it was Easy Everybody Would Do It

Hauling freight, whether you’re behind the wheel or behind the dispatcher’s desk is not for those in possession of weak character or flabby intellect. It can take nerves of steel; just ask the spouse of one of those married teams.

Regulators and the public seem to hold a variety of views regarding trucking enterprise, some good, many bad, but mostly skeptical and to a certain extent adversarial. And that is another thing that the list reveals.

Driver distraction for example. Drivers are concerned, and carriers are concerned; and both from a safety standpoint. It’s a broad public safety issue and the driving public is extremely culpable given the distractions of smart phones, doing your makeup on the way to work or eating your lunch while reading a book on the way home.

Insert your favorite horror story here. But beyond that, both are concerned that regulators are injecting distractions (besides the intense distraction of being cut off at 80 miles an hour by somebody texting on their phone) into the cab through recent regulatory action.

These rankings offer plenty of interesting fodder for the industry to chew on and do a great job of helping politicians read the industry’s mind on what’s bugging them in 2018. But let’s just return to the parking issue to put a capper on this discussion.

Notice that Truck Parking was number two for drivers – with Driver Retention number two for carriers. This is an intersectional issue because adequate, safe parking speaks directly to working conditions and anything carriers can do as an industry or as individual businesses to advocate development and prompt public investment for improvements to this critical aspect of commercial infrastructure should help with driver retention.

It seem evident that those carriers advocating or subsidizing safe, convenient parking will be more attractive to drivers. Addressing transportation infrastructure/congestion is a higher priority for carriers than it is for drivers, but it still stands as a priority.

America’s roads are the backbone of the country’s commercial infrastructure and economy. But it is increasingly becoming clear that truck parking must be included as part of the big picture.

Even the most progressive politicians scream for spending on “Our Nation’s Infrastructure!” Advocating for investing in safe accessible truck parking infrastructure must be a priority of both drivers and carriers and an issue the industry needs to drive home with politicians and regulators.

The private sector is offering solutions, like apps that reveal open parking in real time. That will help. Truck stop operators are opening new locations with much better attention to driver’s needs as well. But after passing more than one “Trucks Only” lot on the interstate with acres of hot pavement, no power, no restrooms or running water and filled to the brim at night because of HoS, makes it easy to understand why it is one of driver’s highest priorities.