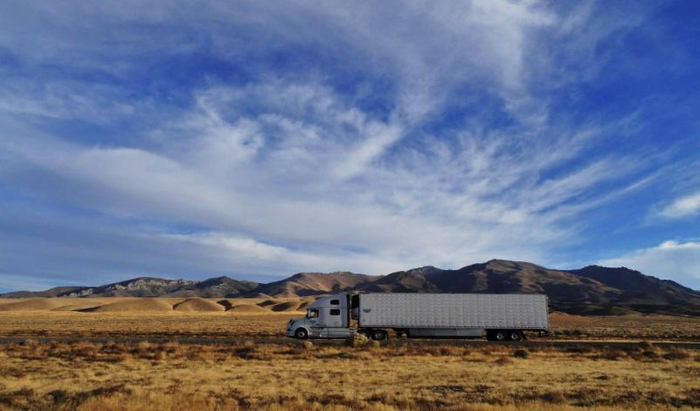 Remember when citizen-band (CB) radios emigrated from trucker’s cabs to America’s hearts? Can you hear the strains of CW McCall’s “Convoy” as it climbed to number one in 1975?

For nostalgia’s sake here’s the opening to that classic:

“Was the dark of the moon on the sixth of June

In a Kenworth pullin' logs

Cab-over Pete with a reefer on

And a Jimmy haulin' hogs

We is headin' for bear on I-one-oh

I says, "Pig Pen, this here's the Rubber Duck.

"And I'm about to put the hammer down."

Before digital disruption or whatever epoch of the industrial age we are in, and before access to cheap solid-state radios, truckers didn’t really have many channels with which to communicate independently and interact among each other while operating their rigs. It was isolating. But access to cheap solid state radios which permitted access to CB radio frequencies launched a cultural phenomenon in the late ‘60s and through the ‘70s.

Recall that CB radios became popular as the heavy-handed state reduced speed limits on the pretext to save the environment and raise fuel prices (this is SO rich) help the US reach energy independence from dreaded OPEC after the oil crisis.

Drive 55. The populace deemed this unfair and truckers especially felt singled out.

Here’s how Wikipedia summed it up: “After the 1973 oil crisis, the U.S. government imposed a nationwide 55 mph speed limit, and fuel shortages and rationing were widespread. Drivers (especially commercial truckers) used CB radios to locate service stations with better supplies of fuel, [and] to notify other drivers of speed traps.”

Most all recognized the radios were vital for independent truckers because most are paid by the mile, and the 55 mph speed limits lowered their productivity.

It wasn’t long before the rest of us got in on the act because nobody cared for this forced fuel “rationing” from an overzealous federal government bent on social engineering everyone into a common fossil fuel-free shoebox.

I mean Everybody got in on the act. In fact, and anybody who drove any distance in cars soon had an amazing antenna and a shiny little box and a clever handle (even Betty Ford had a CB handle “First Mama” in 1974) and an unprecedented opportunity to talk to as many like-minded individuals on the road on demand as their little hearts desired.

Victim of its own popularity

As the devices found their way into more “civilian’s” cars, CB radio became a victim of its own popularity. Hundreds of thousands of CBs were being used. Encompassing millions of users gathering on a finite bandwidth, airwaves became crowded and made the kind of professional communications truckers wanted to conduct difficult. Businesses and professionals including truckers moved to the VHF and UHF business-band frequencies.

Although truckers had access to two-way, real-time communications, they were not the open forum of the open airwaves and not the place for dialogue beyond operations and status. Access to mass, but affordable individual mobile communications, including cell phones and the internet did the rest.

New forums for a new age

Part of the CB phenomena, at least for truckers, was the fact that the radios provided a common forum to talk mano-a-mano about the things that impacted their professions and ability to make a living.

As mentioned, the internet was the “TV” that killed the CB radio star. The rise of social media on the internet brought to the fore a new and even more accessible forum for truckers.

As a faction of labor and as an industry in general, truckers are becoming more connected and more of a professional community than ever before. In recent times internet forums have become the new citizens band for truckers and a great place where they can share information, exchange professional advice, seek the best commercial trucking insurance rates and maintenance services and of course as is there due, bitch and moan.

1. TruckingTruth says it provides truck driving career advice and CDL test preparation for new drivers entering the trucking industry. Offering a cheery demeanour, the forum characterizes its offering as “The friendliest, most helpful one on one advice you'll find anywhere. Our experienced drivers will answer every question you have with honesty and a genuine desire to help you succeed in trucking. No company bashing, no arguing, no disrespect. Just good ol' fashioned friendly advice.”

2. TruckersReport offers members “a network of professional truck drivers.” Connected by the forum, TruckersReport says it provides an independent community for drivers “to share information and assist each other’s careers.” The forum’s organizers set the tone in the site’s “About” section: “Our community values respectful conduct and useful information.” As of September 2018, the forum said it had more than 210,000 members and read by more than 1 million users per month.

3. The Truckers Forum currently has over 13,000 members and offers a number of sub-forums for users to dig in really deep into subjects of interest. Not much on bells and whistles, but the conversations and posts are very up-front and “real.”

4. Class A Drivers is another one that is very goal oriented for drivers: Essentially this forum was created to support their mission: “We help truck drivers match with the right carrier!”

5. ExpeditersOnline.com says it is the Internet's leading information and resources provider for the expedited trucking industry. “In fact,” they trumpet, “with over 87,000 visitors a month, our site is by far the most popular expedited freight destination on the Internet!” Regardless, the site says it provides owner-operators, drivers and corporate folks with the information, resources and technology to succeed in today's “fast-paced, competitive world of expedited transportation.”

Say what you will about social media and the internet, truckers are embracing the liberty of the medium to create communities that serve themselves professionally and personally. Sure some of the exchanges are blunt and perhaps confrontational, but the dialogue is present, authentic and for the most part respectful. Truckers are starting a new convoy on the internet and man, it’s a beautiful sight!