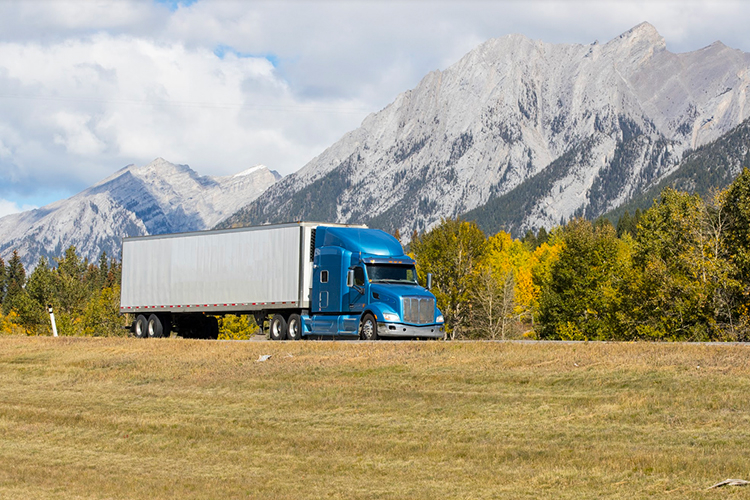 To save the planet, House democrats scheme to line the pockets trial lawyers at truckers’ expense

Greed disguised as virtue is ugly. What’s even uglier is congress’ persistent, punitive crusade against trucking in the guise of environmental justice and public safety.

On July 1st, the environmental crusaders of the Democrat-controlled House passed the $1.5 trillion Moving Forward Act, a mega infrastructure spending bill designed to inject some “Green New Deal” thinking from party favorites and to fund their ideology based on the “settled science” of climate change.

Yet, they still persist

The Moving Forward Act says a recent National Law Review, op-ed is a manifestation of House Democrats’ vision to “simultaneously revitalize and decarbonize U.S. infrastructure across all sectors of the economy, consistent with goals to achieve a net-zero emission economy by 2050.”

What caught the trucking industry’s attention the most was the provision to hike truckers’ insurance coverage from $750,000 to $2 million. Tantamount to a hidden tax on truck fleets and operators, “This language was written by trial lawyers, supported by trial lawyers and, to no surprise, benefits trial lawyers,” snarked ATA Executive Vice President for Advocacy Bill Sullivan to FreightWaves.

“This new $2 million cap was arbitrarily plucked out of thin air by the American Association of Justice [AAJ] and aside from lining the pockets of AAJ members, it lacks relevant data.” Sullivan explains If a change to the minimum insurance cap is to be made, it should reflect the direct input of the trucking industry and be based on actuarial data – not special interest pandering.

Derided by Republicans as a “wish list”, the partisan bill according to FreightWaves, was heavy on climate-change related proposals and unlikely to move past the Republican-controlled Senate. “It’s an absolute failure – it’s not going anywhere,” commented Sam Graves (R-Missouri) a ranking member of the House Transportation & Infrastructure Committee.

Independent owner-operators, reports FreightWaves, had initially supported the package, but retracted that support after they were alerted to a “poison pill” amendment added to the bill increasing the minimum commercial truck insurance requirements to $2 million.

Calling out the MFA’s overreach, Brian Fielkow is CEO of Houston-based Jetco Delivery and Executive Vice President of Montreal-based The GTI Group found that on its face, reviewing the minimum makes sense after passage of so much time.

He argues that it’s in the public’s best interest for carriers to have sufficient limits to cover serious and negligently caused injuries and other losses. Most carriers now carry at least $1 million in coverage currently. Regardless of the timely necessity, a 100 % jump is not warranted or justified.

Nothing short of disaster

“There is not an ounce of reputable research that indicates imposing such a dramatic increase in insurance coverage does anything to reduce crash rates,” asserted the Owner-Operator Independent Driver Association (OOIDA).

According to coalition’s letter, because the 167% increase would apply to all businesses transporting property, not just long-haul trucking operations, “Its impact would be felt in many sectors of our economy that are currently working to help our nation recover from the COVID-19 pandemic, including trucking, agriculture and the materials industries. More than doubling insurance rates for businesses engaged in trucking in the midst of an economic downturn will undoubtedly lead to the loss of even more jobs.”

The White House Office of Management and Budget recommended that President Trump veto the bill if it were to pass.

Longer term, Fielkow says the proposal to raise insurance limits treats the symptom, not the disease. According to the Jetco CEO, the symptom is increasing claim costs, but the disease is twofold – 1) out-of-control personal injury legal system and 2) a need for greater safety focus among segments of the trucking industry.

Corrupt litigation practices says Fielkow needlessly drive injury costs higher. “Large settlement amounts line the pockets of attorneys and their provider networks. A serious effort to curb claim inflation will address gross abuse of the legal system and will focus on helping accident victims, not on enriching attorneys.” This he says will also address premium inflation, which is “spiralling out of control.”

The trucking insurance market in crisis

At best, Fielkow explains, insurance is becoming a last resort. “If a company uses insurance too frequently, it will be unable to procure or afford it.” World-class companies, he maintains, enjoy below-market insurance costs because of their investment in safety and creates a tremendous competitive advantage.

These companies say Fielkow, focus on prevention and follow these best practices:

Prevention is critical to the cure

Fielkow agrees that on its face, the effort to raise the federal motor carrier limit is logical and perhaps overdue. However, says Fielkow, “raising limits without addressing lawsuit abuse is a band-aid covering up a corrupt and broken system.”

Fielkow points out that when it comes to trucking’s bottom feeders – those who do not care about safety -- their inability to secure sustainable insurance rates will weed them out. “It is time to double down on our commitment to establishing healthy cultures of prevention as the way to control risk, to protect the public and to maintain a core competitive advantage.” We couldn’t agree more.

“This new $2 million cap was arbitrarily plucked out of thin air by the American Association of Justice [AAJ] and aside from lining the pockets of AAJ members, it lacks relevant data.” ATA Executive Vice President for Advocacy Bill Sullivan

“There is not an ounce of reputable research that indicates imposing such a dramatic increase in insurance coverage does anything to reduce crash rates …” Owner-Operator Independent Driver Association (OOIDA).