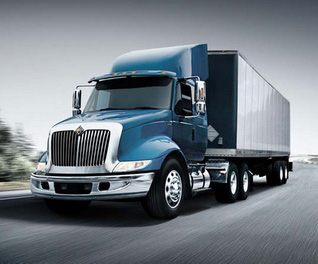 Washington Puts Out the Welcome Mat for Truckers

It wasn’t all too long ago that among the persona non grata eschewed by the beltway glitterati were truckers (drivers) and their dirty, smelly big intimidating and dangerous trucks. Ask the EPA, DOT SEC, IRA, FMCSA or any other agency concerned with U.S. commerce, trucks hauling freight on their roads was a necessary evil, to be tolerated, but only after reigning in their social and environmental transgressions with comprehensive regulation.

It wasn’t so long ago that trucking came to dominate the freight industry in the latter portion of the 20th Century -- achieving national attention during the ‘60s and ‘70s. Remember the CB craze? Thank a trucker. Remember when the charts were topped with songs and movies about truckers? Anybody remember the song and movie Convoy? How about Sally Field and Burt Reynolds in Smokey and the Bandit? That truck based Hollywood vehicle drove everyone to the movies. Trucking was American, trucking was sexy, drivers’ were the warriors and at times, heroes of the road.

Popular culture complimented the industry but it wasn’t all Coors east of the Mississippi, three part harmonies, and driving into the sunset; the rising cost of fuel during the energy crises of 1973 and 1979 roiled the industry mightily, prompting strikes and other conflicts across the U.S. In a burst of conservative, free market economic theory, Congress acted and the industry was drastically deregulated by the Motor Carrier Act of 1980.

It’s time had come. The Motor Carrier Act of 1935 it was replacing required new truckers to seek a "certificate of public convenience and necessity" from the ICC. From 1940 to 1980, new or expanded authority to transport freight was almost impossible to secure unless no one opposed an application. From there things just got weird. One economist noted that purchasing the rights of an existing trucker became the only practical way to enter a given market. By the ‘70s the authority to carry certain goods on certain routes was selling for hundreds of thousands of dollars and because the commission disapproved of "trafficking" in rights.

ICC regulation reduced competition and made trucking inefficient. President Carter, appointed strong deregulatory advocates and supporting legislation to reduce motor carrier regulation and after a series of ICC rulings reducing federal oversight of trucking, congress, spurred on by the Carter administration, enacted the Motor Carrier Act of 1980, limiting the ICC's authority over trucking.”

Effects intended and unintended were immediately felt, and the legislation began to drive the industry in new directions. Economists generally agree that deregulation worked relatively well. And while that’s plenty of equivocation, between 1977 (the year prior to when the ICC began to relinquish its control of the industry) and 1982, rates for truckload-size shipments fell about 25%.

Deregulation also made it easier for nonunion workers to get hired in the trucking industry. Fresh competition sharply curtailed the strength of the International Brotherhood of Teamsters and by 1990 the number of licensed carriers exceeded 40,000, more than double authorized in 1980. The value of operating rights granted by the ICC, once a nearly insurmountable financial barrier and nearly impossible to obtain legally, was now worth essentially nothing. There had never been more commercial trucks on the road in the country’s history and their impact (literally) began to be felt by society and, eventually politicians.

There oughta be a law! Do something! Think of the children!

Chuck Schumer was one of the first senators to jump on the “RE-regulation” of trucking band wagon using muddled safety statistics to manufacture a crisis and justify new laws and federal bureaucracy to take back control of the out-of-control trucking industry. Back in 1997, he stated before congress the “General Accounting Office (GAO) predicts that by the year 2000, over 6,000 people will be killed every year as a result of truck-related crashes This prediction comes at a time when the Office of Motor Carriers the federal agency charged with overseeing truck safety-has failed in its duties to protect the American public.” Without mentioning that these truck-related deaths were mostly the fault of nonprofessional drivers causing fatal collisions, he went on to blame the DOT’s Inspector General, the NTSB, the GAO and members of congress in the other party for “the many inadequacies of this broken agency.”

Soon after the feds created a new agency, the Federal Motor Carrier Safety Administration and the act of the same name was voted in and signed into law by Obama in 1999. The agency was established as a separate administration within U.S. Department of Transportation on January 1, 2000, pursuant to the "Motor Carrier Safety Improvement Act of 1999."

In the Rose Garden Now

Since 2000 and FMCSA’s inception, the industry has been challenged to live up to the regulation’s intentions and to improve CSA scores and all the other things the law is codifying to improve safety like HoS mandates and now ELDs. But as one administration and party’s impact on regulation shifted to another the atmosphere and reception of truckers is changing, and for the better.

In April, reported Heavy Duty Trucking President Donald Trump invited truckers in to promote recent changes to the tax code passed by Congress in December 2017. In a Rose Garden speech, the president lauded "everyday" Americans, including executives and employees from Werner Enterprises, Crete Carrier Corp., and TCW called up to the podium to talk about how the tax cuts have enabled them to increase employee compensation, invest in new equipment and expand operations.

Werner’s president, for example, mentioned it was poised to invest more than $127 million in new trucks and trailers. ATA President and CEO Chris Spear characterized the new and warmer reception truckers are receiving in Washington: “Putting truckers in a position to have their voices heard on important issues is a critical part of what we do at ATA.”

The ATA an advocate of the president’s tax policy, hosted President Trump in Harrisburg, Pennsylvania, last October to rally support behind tax reform. Further said HDT, A January 2018 survey of ATA member companies revealed that 50% of carriers were planning to increase wages or offer bonuses as a result of tax reform, and 47% were planning to invest their tax cuts in new equipment, including trucks, trailers and safety technology.

It’s been a long time coming

It has been a long time since any trucker or trucking company was invited to the Rose Garden and it is a great sign for all involved that the beltway crowd and especially the president recognize just how much Americans rely on trucking and its role in transporting the U.S. economy to new and even loftier heights.